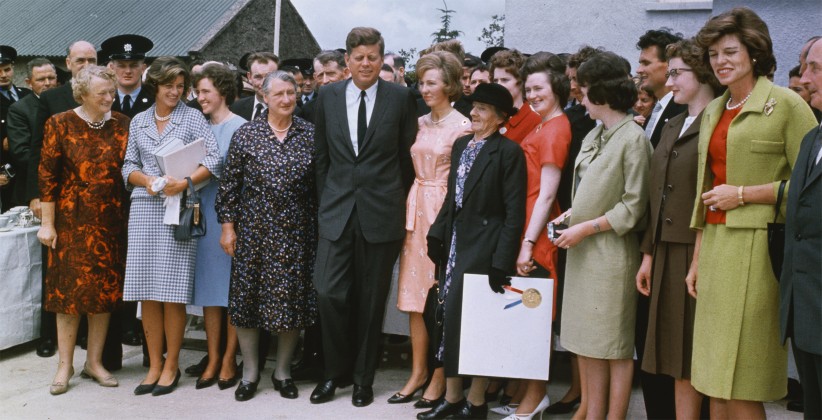 The Kennedy family with their Irish relatives in Dunganstown. (JFK Presidential Library) 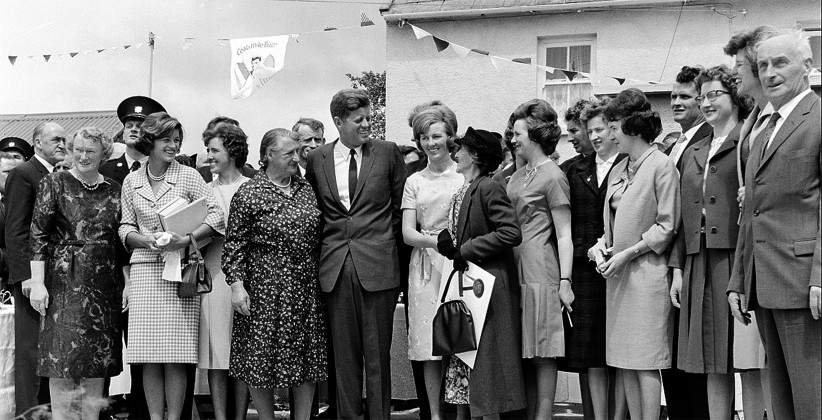 A relaxed JFK with his cousins at the Kennedy Family Homestead. (JFK Presidential Library) 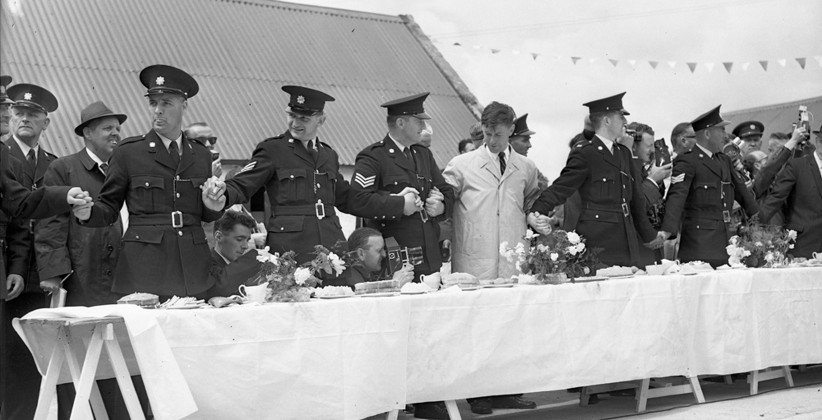 From New Ross, President Kennedy was driven to the Kennedy family homestead in Dunganstown, Co Wexford. His Kennedy and Ryan relations were waiting to greet their cousin with tea and cake, and hoping that the weather would stay fine.

This part of the visit was very much a family affair. JFK and his sisters greeted their cousin Mary Ryan, who kissed him on the cheek. Then her daughter Josephine introduced more cousins before they went into the house. There, he was presented with gifts for his family at home, and a blackthorn walking stick for himself. After 15 minutes, the group went outside for tea, and JFK told them that “we want to drink a cup of tea to all the Kennedys who went and all the Kennedys who stayed.” 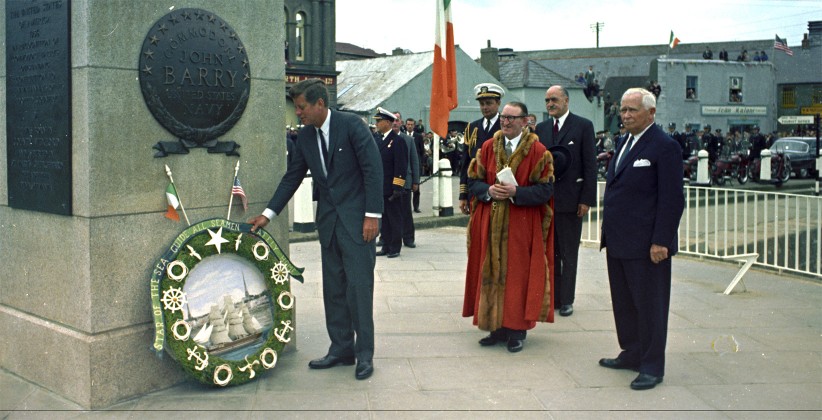