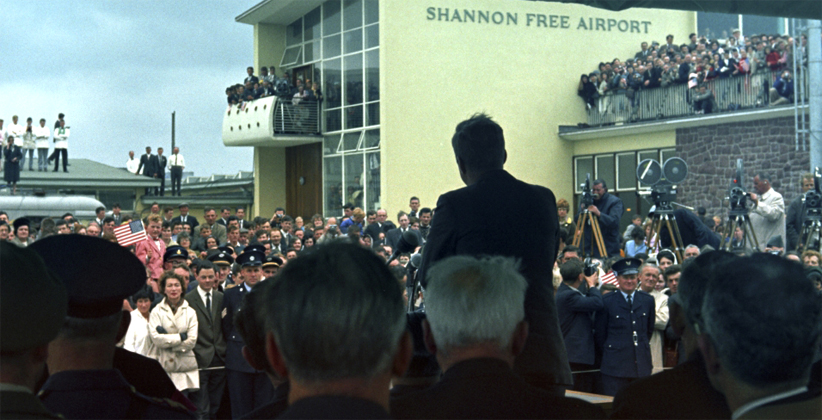 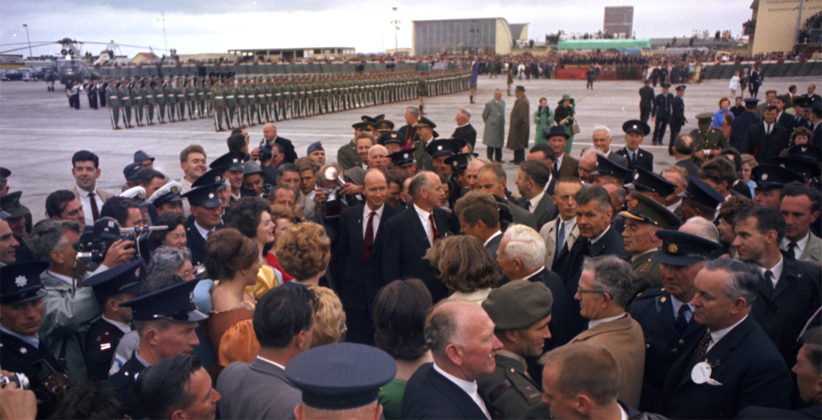 Police and photographers surround JFK at Shannon, as he meets the Bunratty Castle Singers. 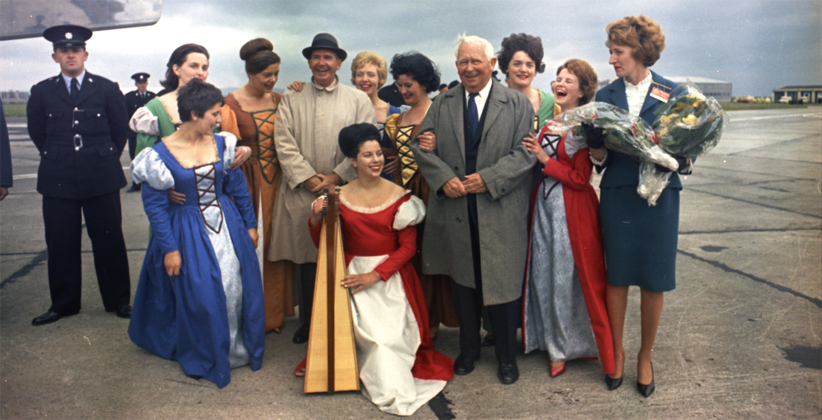 The Bunratty Castle Singers pose with members of JFK's entourage.

As President Kennedy’s visit came to an end he was heard to remark: “I wish I could stay here for another week, or another month”. The welcome he had received from the Irish people had touched him and he was truly sad to be leaving Ireland. He had one last engagement and that was to take place at Shannon airport.

The 12th Army Battalion formed a Guard of Honour at the airport before President Kennedy was to make his final speech in Ireland. He thanked the people of Ireland for their warm welcome and said poignantly: “This is where we all say goodbye”. As he made his way towards the plane he had in his pocket a telegram from President de Valera, who wrote: “Your visit has been a source of joy and pride to all the people of Ireland and to all their kin throughout the world”. He hoped to return in the spring, sadly that was not to be.