Welcome to the JFK Homecoming website, celebrating the 50th Anniversary of President John F. Kennedy’s visit to Ireland in 1963. Here you can help tell the story of this timeless event by sharing your own thoughts, reactions and memories of those four days in June. It is part of an exhibition which will open in Dublin, Ireland on June 21, 2013 at the National Library of Ireland in partnership with the U.S. Embassy, JFK Presidential Library in Boston, the National Archives and RTE. 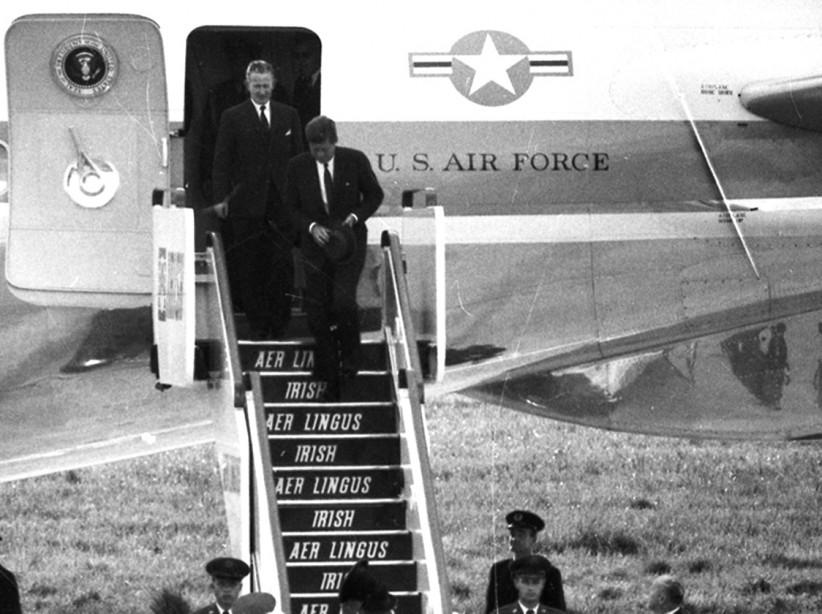 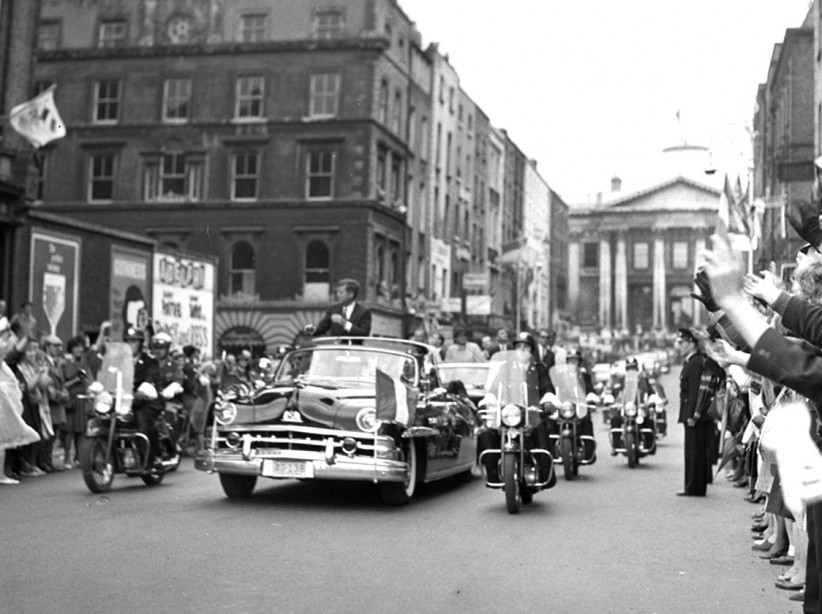 The motorcade is cheered along Dublin's Parliament Street, with City Hall in the background. (NLI, Independent Newspapers Collection) 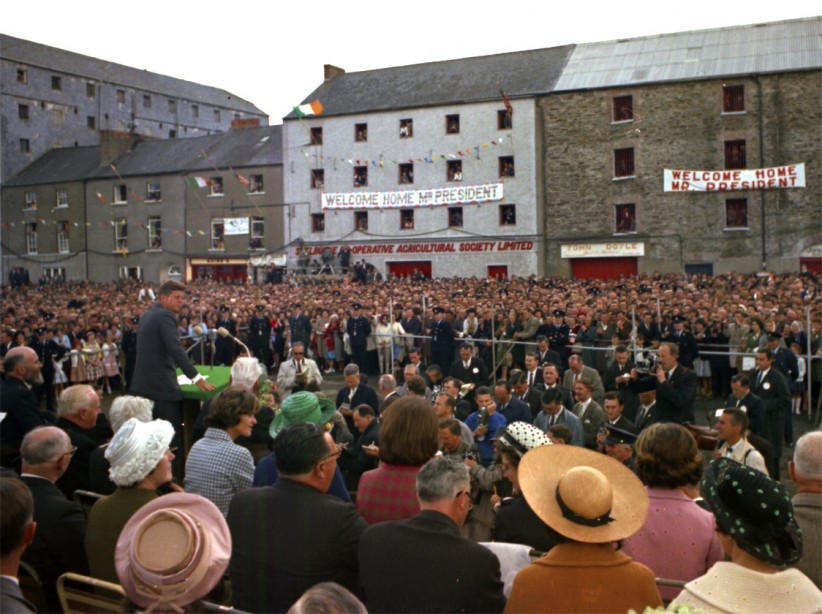 JFK telling the crowd at New Ross that he was "happy to be back." (NLI, Independent Newspapers Collection) 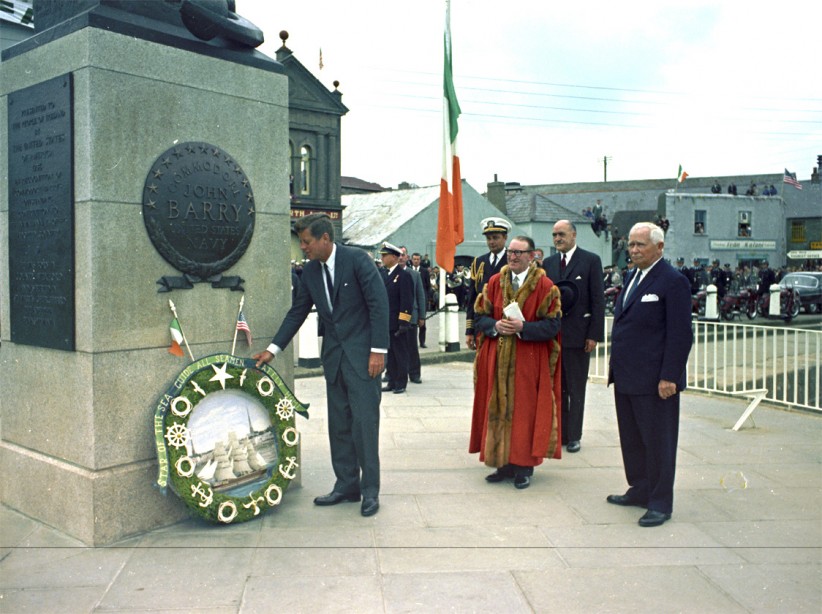 JFK laying a wreath in memory of Wexford-born Commodore John Barry, a hero of the US Navy. (JFK Presidential Library) 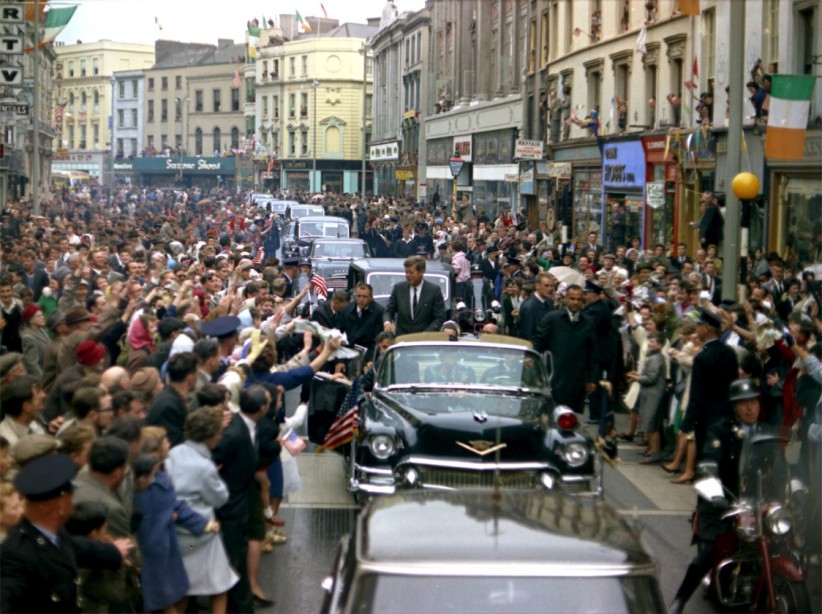 JFK is met by vast crowds in Cork. Newspapers reported that rose petals, confetti, streamers and ticker tape were thrown in the path of the cavalcade. 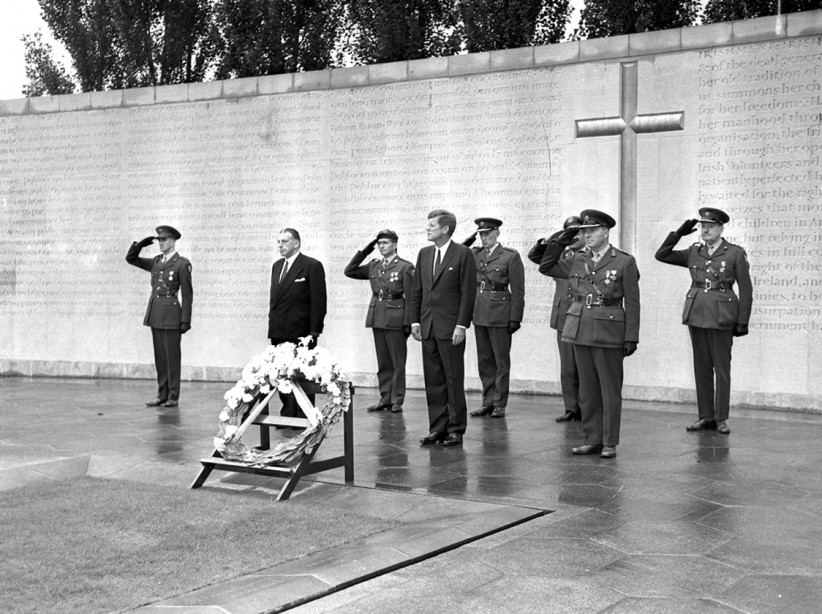 Members of the army salute as JFK stands to attention, during the Arbour Hill ceremony. (NLI, Independent Newspapers Collection) 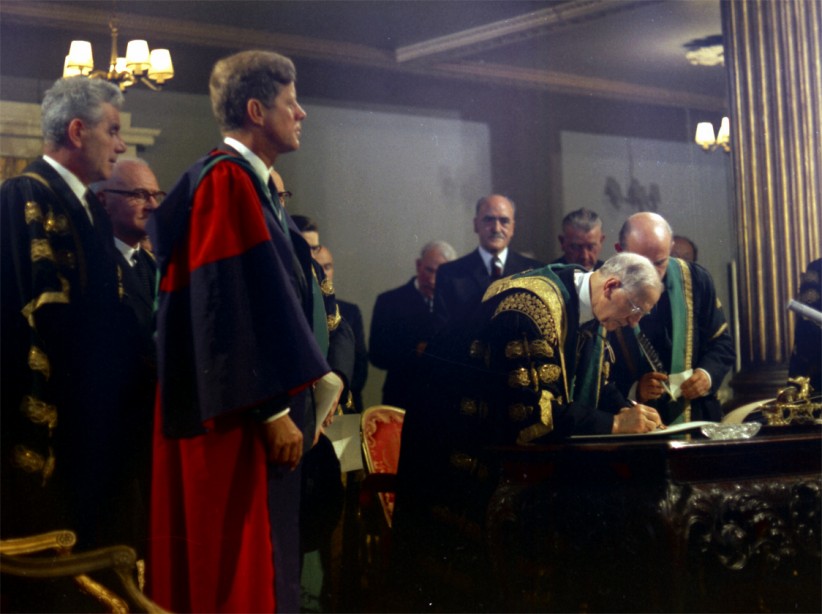 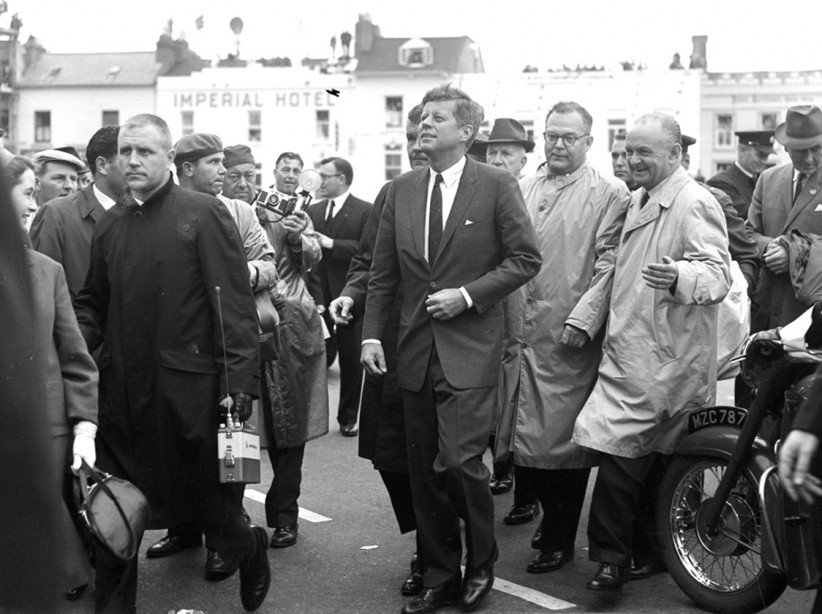 Distant figures on rooftops try to get the best view of JFK in Eyre Square, Galway. (NLI, Independent Newspapers Collection) 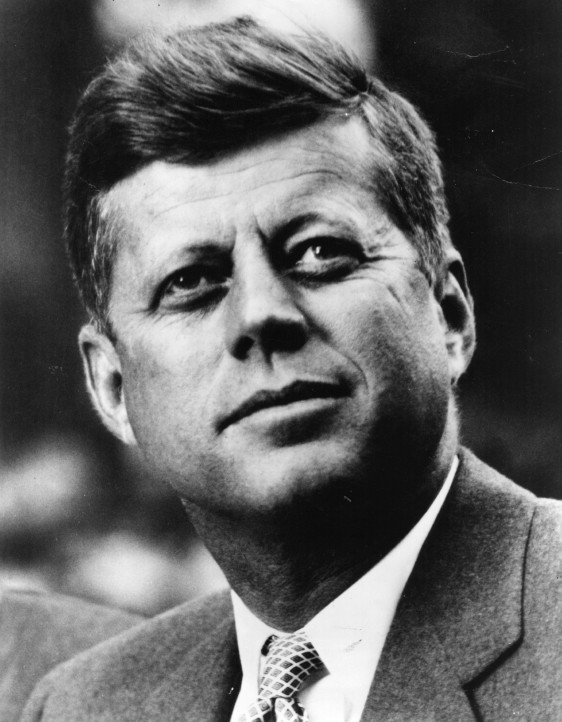 The death of a President – Ireland Remembers

JFK Homecoming: In his words

President Kennedy's
speech to the Dáil

Check out the videos, images and memories that chart JFK's visit to Ireland 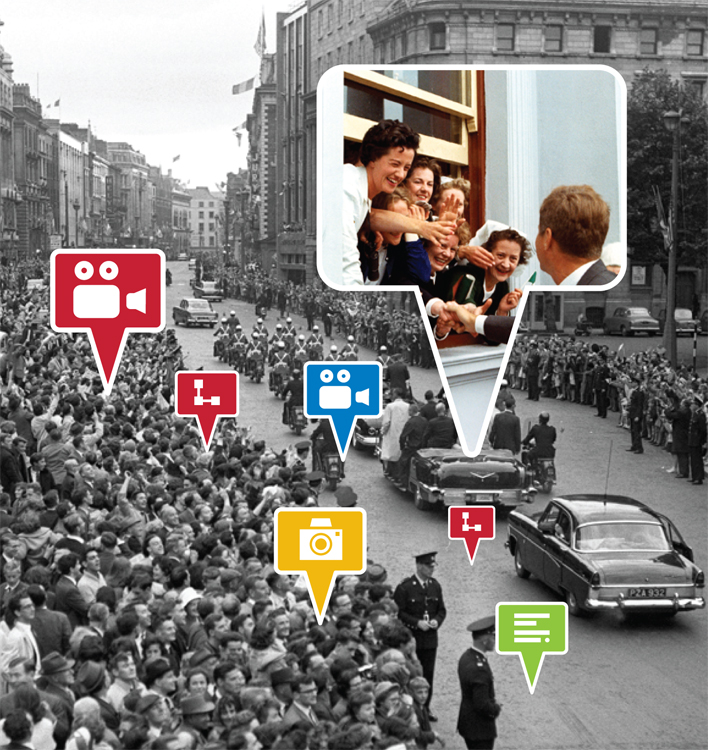