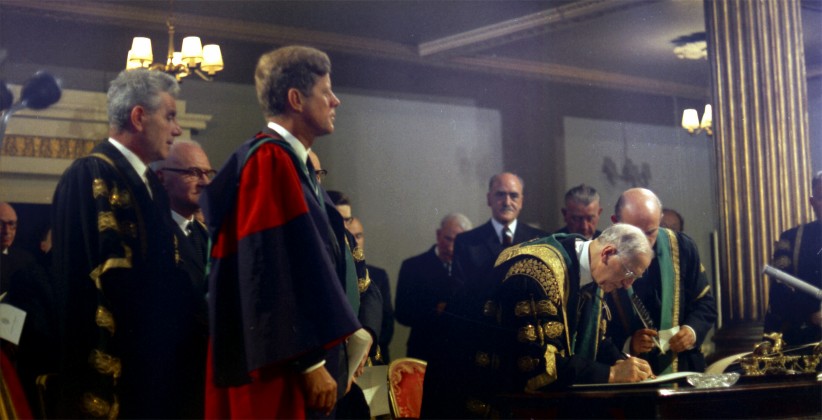 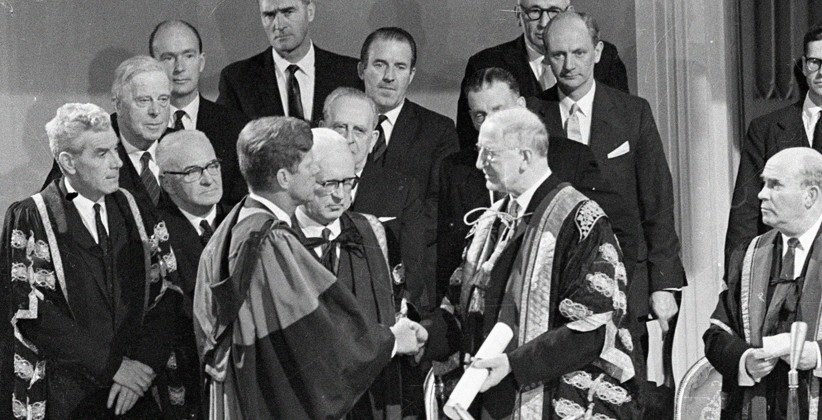 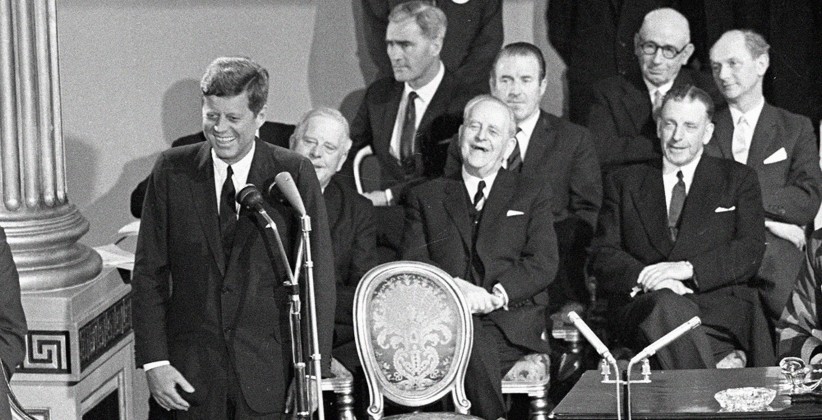 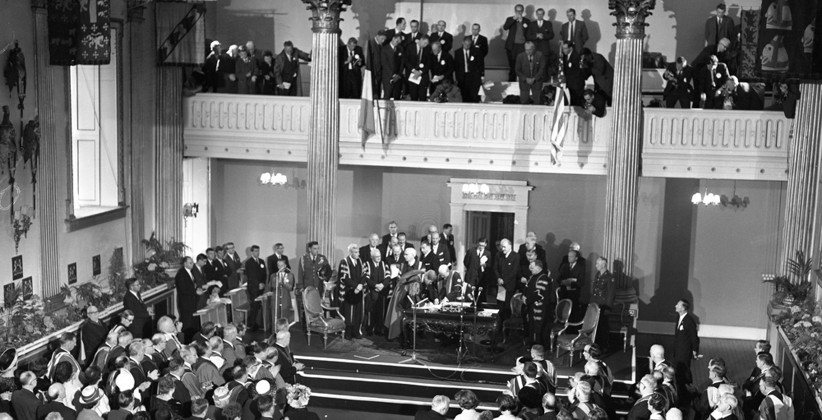 President Kennedy made his way from his momentous speech in the Houses of the Oireachtas to St Patrick’s Hall, in Dublin Castle. There, he was conferred with a Degree of Doctor of Laws by both the National University of Ireland and Dublin University.

JFK wore two different sets of elaborate robes during the conferring ceremony, which was attended by an audience of invited and well-behaved guests. He was back in his own more familiar suit to accept the Freedom of the City of Dublin, also in St Patrick’s Hall. The Lord Mayor of Dublin, Sean Moore, told the President that “We think kindly, sir, of the American people…and we would like them to think kindly of us. We would like them – very many of them – to come and judge us personally and not take us as we are too often depicted on stage, screen and in script.” 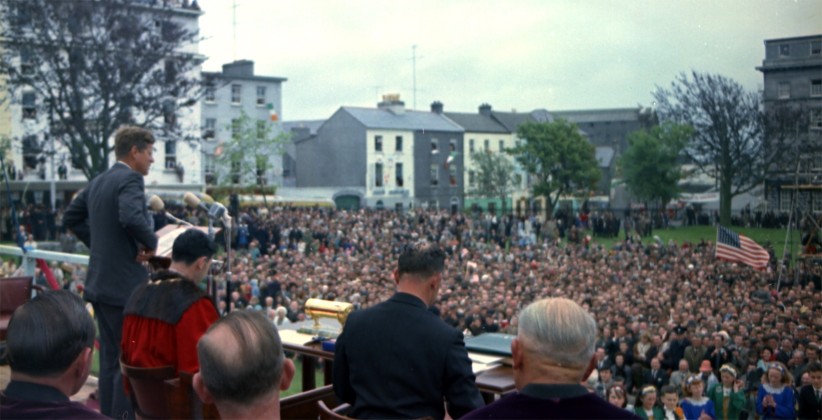