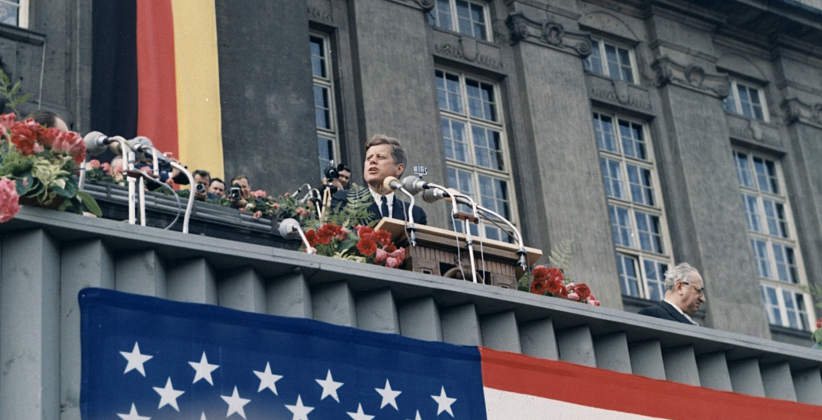 JFK outside the town hall at Rudolph Wilde Platz, praising the "fighting spirit of West Berlin." 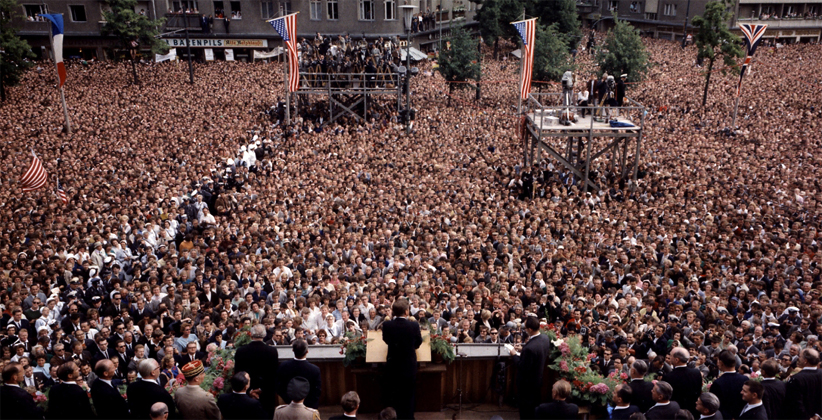 Enormous West German crowd gathers to hear JFK tell them that "all free men, wherever they may live, are citizens of Berlin". (Robert Knudsen, White House/JFK Library and Museum) 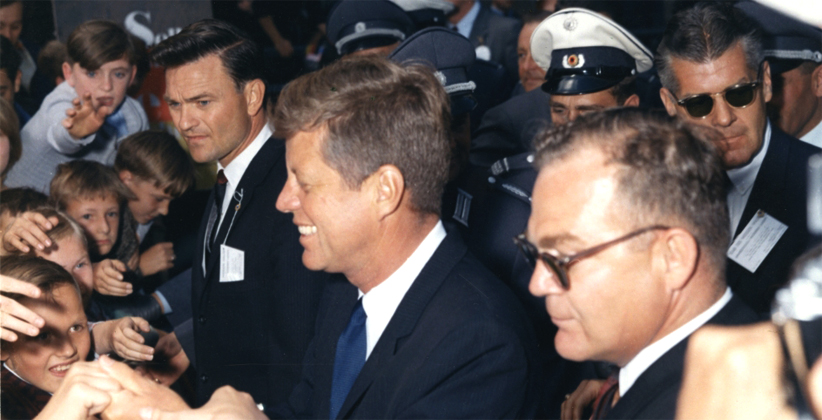 A smiling JFK mingles with the crowd after his "Ich bin ein Berliner" speech. (US Army Signal Corps, JFK Library and Museum) 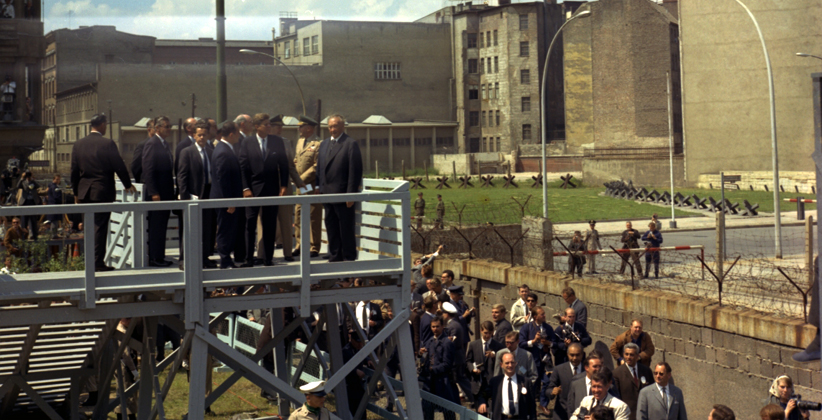 JFK looks over the Berlin Wall from a viewing platform, with a group that includes German Chancellor Konrad Adenauer. (Robert Knudsen, White House/JFK Library and Museum) 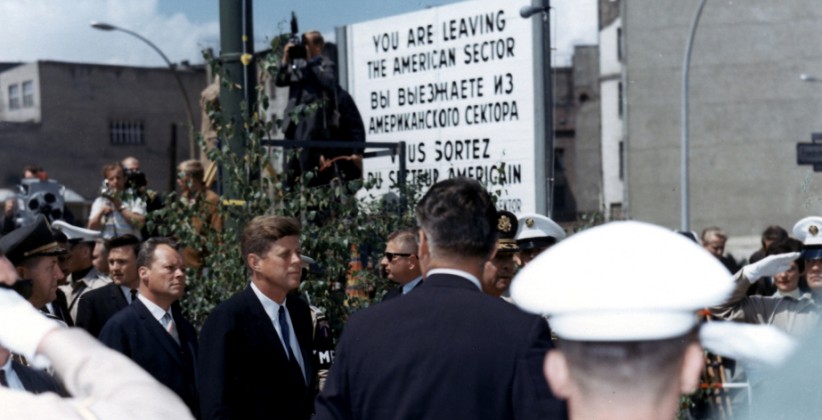 In the Rudolph Wilde Platz, West Berlin, President Kennedy delivered a famous speech to a huge crowd of Germans. “Freedom has many difficulties and democracy is not perfect”, he said, “but we have never had to put a wall up to keep our people in.”

The Berlin Wall had been begun two years previously by Soviet and East German forces, dividing the city in two and preventing free movement of people. In a clear message of solidarity with democratic West Berlin, JFK’s speech also included the lines:   “All free men, wherever they may live, are citizens of Berlin, and, therefore, as a free man, I take pride in the words “Ich bin ein Berliner.”  (“Ich bin ein Berliner” means “I am a Berliner.”) The German crowds reacted with great enthusiasm during the visit, showering the President’s entourage with flowers, rice, and torn paper. Shortly after JFK’s death in November of 1963, the square where he had made his famous speech was renamed the John F Kennedy Platz. 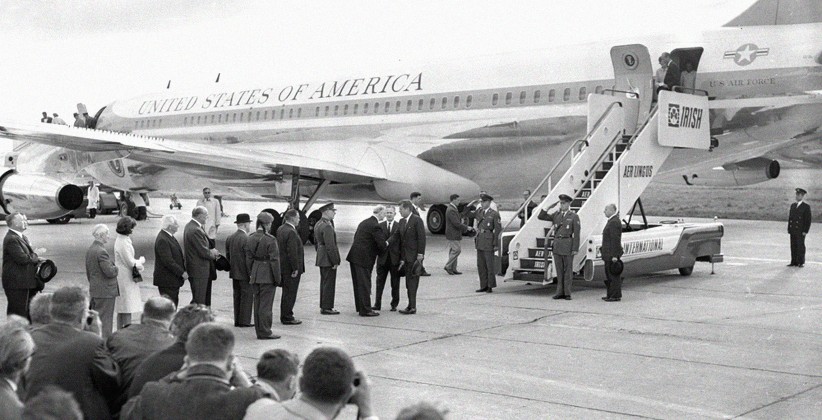