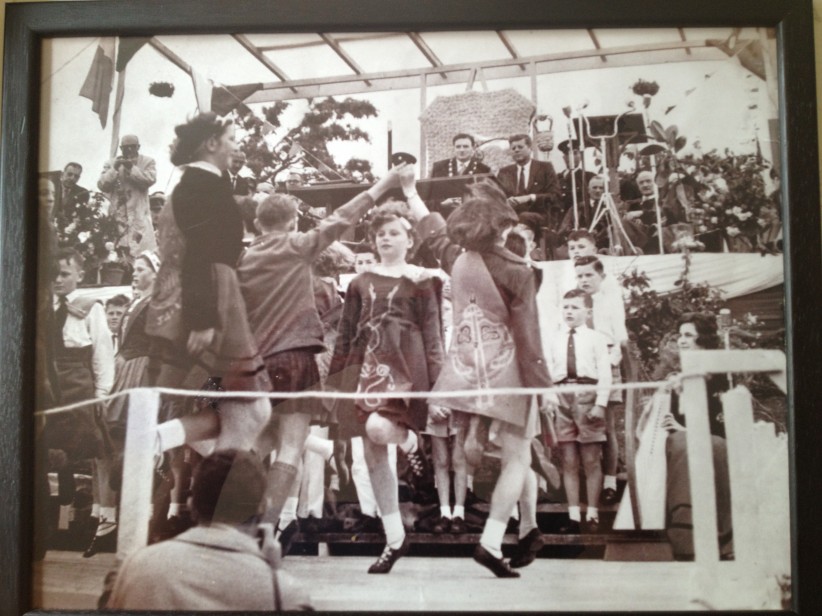 The Wife of a Former Mayor of Galway Dancing for JFK

There were a group of Irish Dancing Schools whose teachers taught dancing to young children in the city.

My sister Mary Reardon (now O’Loghlen) and still living at 74 was one of the teachers whose pupils were picked to dance for JFK. I was one of those. There were approx 16 of us in total from the different schools. The Carty Dance School, O’Flaherty School, Philbin School and the Reardon School.

My husband Martin Quinn was Mayor of the City of Galway in 2000/2001. So we could say here that the wife of a former Mayor of Galway danced for the President in June 1963 – a few months before the President was assassinated.