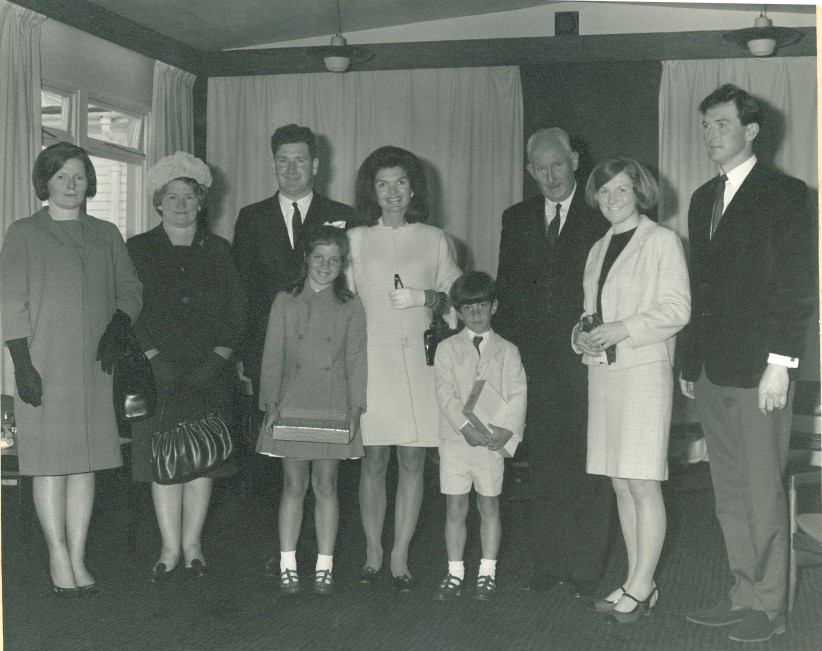 Not the last Kennedy Visit

Councillor Patrick C. Kennedy, currently a long-standing member of Limerick City Council, this week recalled that he was one of the huge gathering of people which assembled at Greenpark Racecourse on 29 June 1963, to extend warmest greetings and a Céad Mile Fáilte to JFK, who was conferred with the Freedom of Limerick by the Mayor, Frances Condell. He was the young teacher and historian who was referred to by the Mayor in her speech of welcome as follows:

“Over there you can see a large number of your relatives and connections who have come to greet you on the distaff side. As a matter of fact, there is only one Kennedy amongst them, a man called Pádraig Ó Cinnéide (Pat Kennedy), who has actually written a history, on American history, who has quoted and forecasted many years ago that you would become the President of the United States”.

He was awarded a gold medal in history from the Minister for Education for his work. He went on to become an Alderman of Limerick City Council in 1967, and has served as a member since. He has twice held the office of Mayor of Limerick and served as an Irish Senator for 12 years. The Kennedys reside at “Fortview”, Greenpark, South Circular Road, Limerick, where JFK and Frances Condell made their historic speeches.

In this image, the family is pictured with John F Kennedy’s widow and children, in 1967