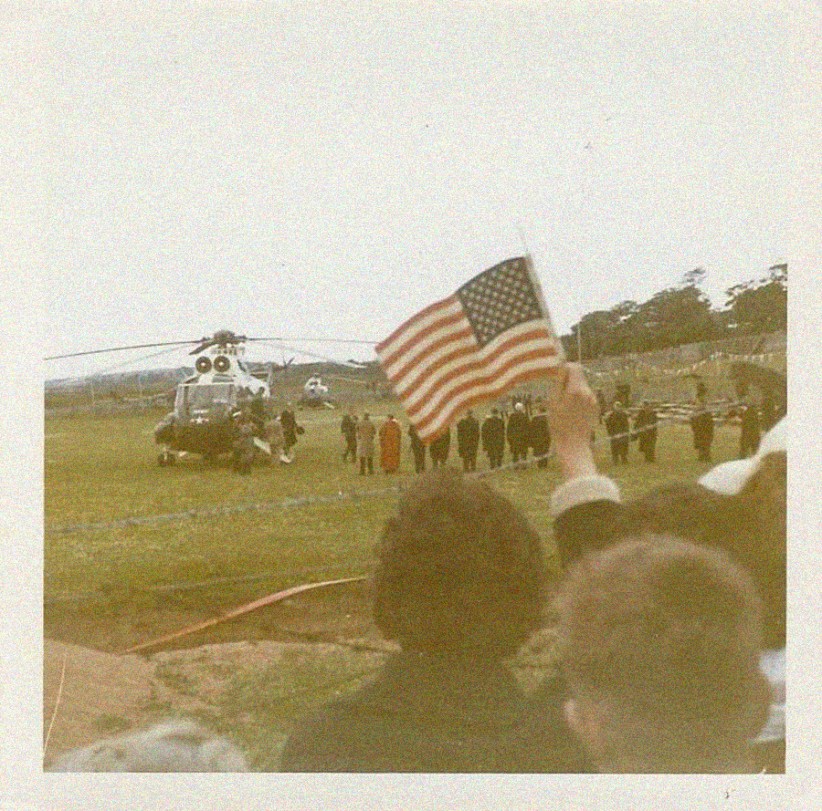 When JFK visited Wexford in June 1963 his helicopter landed at the GAA park. Those who wanted to see him arrive had to assemble at the Park one hour before the expected time of arrival and stay there until his tour of Wexford was complete.
Only a small number of people were in the Park as most had lined the streets to see him. Everyone carried miniature Stars and Stripes flags. As I had two small children and was four months’ pregnant I opted for the park and took a picnic lunch.
Eventually three helicopters landed and without delay JFK descended from the first and was greeted by the Lord Mayor and town dignitaries. They ushered him towards the waiting open topped limousine for his tour but suddenly he turned and strode over to the barrier where the small crowd lined the rail.
My impression of him was this virile, tanned, smiling God. Everything about him shone – his face, his shirt, his suit. He touched his tie once or twice as he came forward and then shook hands with everyone along the barrier. I was holding one child with one hand and a pram on a slope with the other so he could not shake my hand but opened his arms to me in an inclusive gesture, then turned and was gone.
We awaited his return and hoped for another close up but he was ushered towards the helicopter. He gave one more wave to the people and then the helicopter took off.
It was a great day for Wexford.
Anna Kinsella